Bioplastics: what they are, examples and disposal

To date, more than 8 billion tonnes of plastic have been produced and, every year, 8 billion kilos of it end up in the sea. This plastic traps marine animals and fish that end up on our plates, appears in the salt we use as seasoning and has even been found in our bodies. As more and more research is being done into the effects of plastic overuse, consumers and manufacturers are looking for an alternative to this ubiquitous material. One possible alternative that has emerged is bioplastics.

At first glance, the name sounds promising, with a prefix suggesting an environmentally friendly product. But is bioplastics really a panacea for our environmental problems, capable of reducing our guilt in using a disposable object that appears to be made of plastic?

The answer: it is complicated. According to scientists, manufacturers and environmental experts, the potential merits of bioplastics depend on many factors.

Bioplastics are plastics made from plants or other biological materials instead of oil.

It can be made from polylactic acids (PLA) found in plants such as maize and sugar cane, or from polyhydroxyalkanoates (PHA) produced by microorganisms. PLA is commonly used for food packaging and PHA for medical devices such as sutures and cardiovascular plasters.

Since PLA comes from the same large industrial plants that produce products such as ethanol, it is the cheapest source of bioplastic. It is the most common type and is also used in plastic bottles, cutlery and textiles.

Plants, oil and the fight for food security

“The argument for bio-based plastics is the inherent value of reducing the carbon footprint,” explains chemical engineer Ramani Narayan of Michigan State University, who researches bioplastics.

About eight per cent of the world’s oil is used to produce plastics. Reducing this use would be one of the main benefits of bioplastics. Bioplastics add less carbon to the atmosphere when they degrade than traditional plastics because they essentially return the carbon that plants have absorbed during growth (instead of releasing what has been trapped underground in the form of crude oil).

However, the story does not end there. A 2011 study by the University of Pittsburgh found significant environmental problems associated with growing plants to produce bioplastics. These include fertiliser pollution and the diversion of land for food production.

The use of a product like maize to produce plastic instead of food is at the centre of a debate on how food should be distributed in a world where food shortages are increasing.

“The other interesting aspect is that plant biomass is renewable,” Narayan adds. “It is grown all over the world, while oil is concentrated in specific regions. Bioplastics support the rural and agricultural economy.”

According to environmental engineer and National Geographic explorer Jenna Jambeck of the University of Georgia, plant-based plastics have advantages, but only if several factors are considered.

“Where they are grown, how much land they take up, how much water is needed,” she says, giving examples of important questions.

Whether bio-based plastics are better for the environment than petroleum-based plastics ‘is an important question that depends on many factors,’ he says. In other words, for now there is no clear answer.

What will become of bioplastics when we have finished using them?

Depending on the type of polymer used to produce it, the discarded bioplastic has to be:

Industrial composting is necessary to heat the bioplastic to a high enough temperature to allow microbes to break it down. Without intense heat, bioplastics will not degrade on their own in any considerable time, neither in a landfill nor in a home composter. If they end up in marine ecosystems, they will behave like oil-based plastics, breaking down into microscopic fragments, lasting for decades and posing a danger to marine life.

“If PLA [bioplastic] disperses, it will not be biodegradable even in the ocean,” says Jambeck. “It is not that different from industrial polymers. It can be composted in industrial plants, but if the location does not have it, it makes no difference.”

So, should we use PLA?

Environmentalists argue that the severe lack of industrial composting facilities means that bioplastics do little to reduce the amount of plastic reaching the sea.

Dune Ives is the executive director of Lonely Whale, a non-profit environmental organisation that focuses on commercial solutions, especially about plastics. Earlier this year, the group led a campaign called ‘Strawless in Seattle’ to push for a ban on plastic straws. As part of this initiative, Lonely Whale considered offering bioplastic straws as an alternative. According to Ives, of the local companies that had composting bins, few reported that bioplastic products arrived at the locations concerned.

“We quickly realised that the idea of compostable plastic sounds interesting, especially in an area like Seattle, but there is the human element to consider,” he commented.

Dune adds that without proper composting infrastructure and consumer education, bioplastic products can end up being an example of greenwashing, an expression coined by environmentalists that refers to cases where consumers are misled about the sustainability of the product.

“Marketing makes us feel good about what we buy, but the reality is that we still don’t have systems in place to deal with these materials,” he explains.

The Biodegradable Products Institute (BPI) is a non-profit organisation that supports biodegradable products and waste management infrastructure. They see bioplastics and industrial composting as untapped possibilities.

“Composting is local in nature,” says Rhodes Yepsen, executive director of the BPI. “There is no point in sending food waste to another country. It rottes immediately and it is mostly water. It is heavy and dirty”. Yepsen points out that recycling is often inefficient, capturing less than one-fifth of the recyclable material produced worldwide.

‘Fifty per cent of the waste we produce is biodegradable waste such as food and paper,’ explains Narayan, who also works as a scientific consultant for BPI. He believes that landfills should be eliminated altogether and replaced by more robust and comprehensive waste collection.

“Landfills are graves. We store waste. It makes no sense,”

Plastic made from oil or plants such as corn is one of the cheapest materials for things like packaging, but small producers are developing more natural alternatives. In the UK, a shop grows mushrooms to make lightweight furniture and, in the US, the Department of Agriculture uses milk film to create packaging that keeps food fresh.

It is a field for entrepreneurial investors. There is no shortage of incredible opportunities for alternatives that are degradable at sea and do not overburden the food production system or the land. 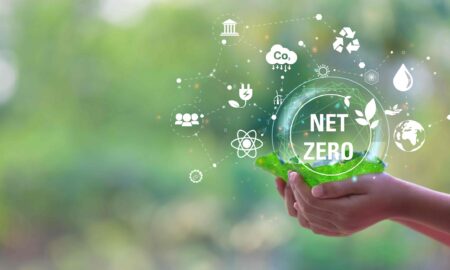 Net Zero indicates a commitment to reduce emissions as far as possible, offsetting the remaining emissions through absorption. 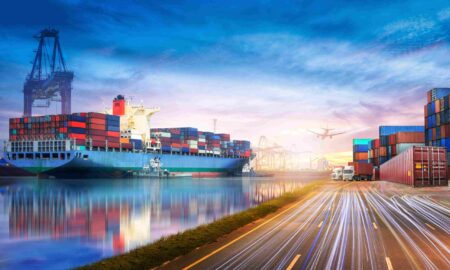 Green Procurement: why is it [very] important to have sustainable supply chains in 2022? 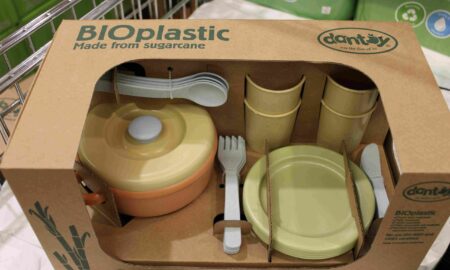 Bioplastics: what they are, examples and disposal

Bioplastics are made from natural materials. However, composting plants are required for proper disposal.